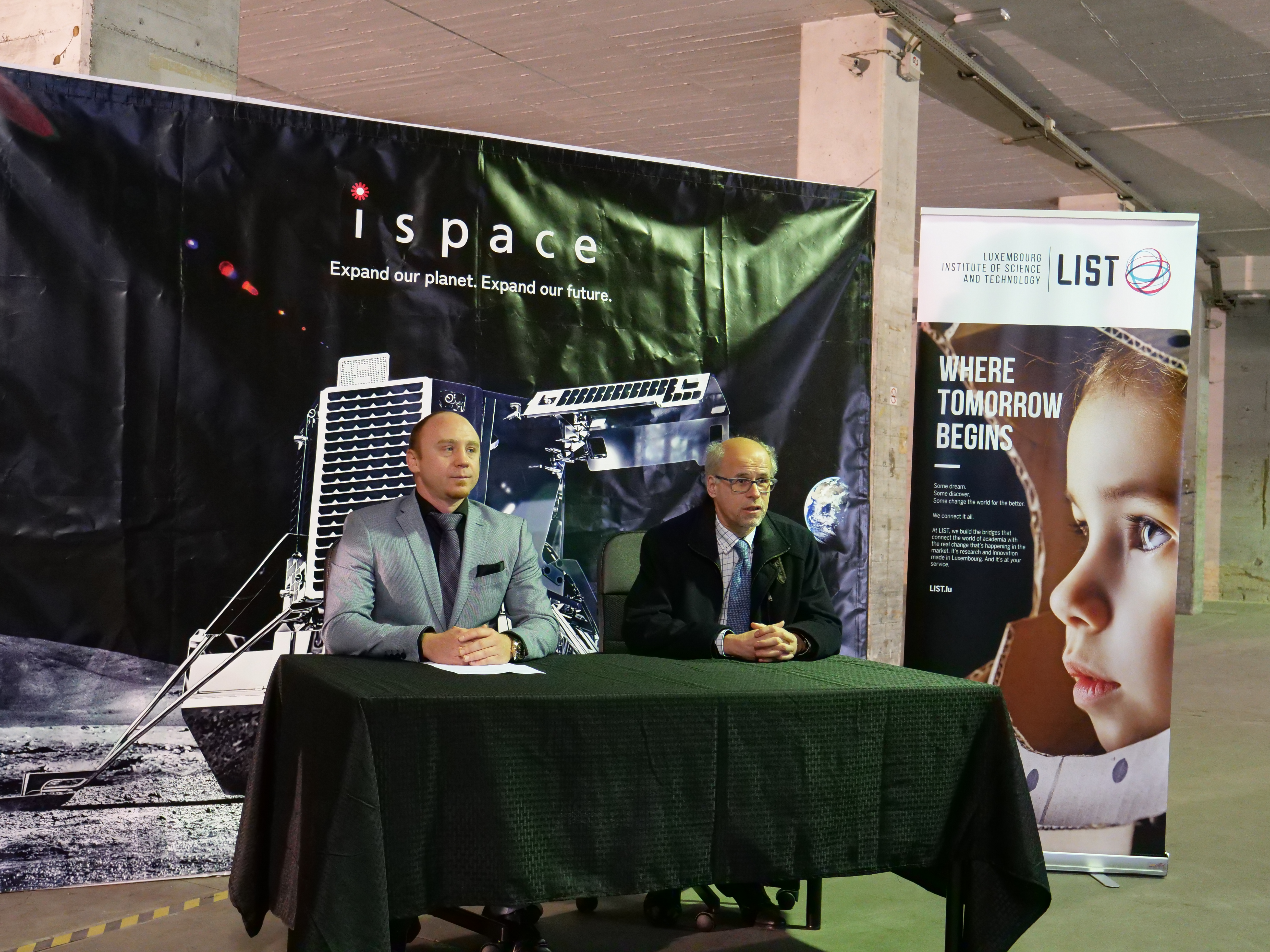 In 2017, the Luxembourg Institute of Science and Technology (LIST) and ispace Europe – a Japanese lunar exploration company whose European headquarters are in Luxembourg – formed a strategic partnership with the aim of developing a first mission to prospect for resources on the Moon and, in particular, to detect and analyze water. A year later, initial research work on the development of an instrument capable of detecting water in situ at a lunar pole and performing an initial mapping of the water distribution in a polar region truly began. October 2018 saw the start-up of the dedicated FOCAL1DS – „Space Deployable 1 Dimensional Focal Plane Detector for Magnetic Sector Mass Spectrometer“ research project, funded by the Luxembourg National Research Fund (FNR), which will run for two years.

A compact mobile mass spectrometer on the lunar surface

With the aim of increasing human presence in space while at the same time using the resources available on the Moon, ispace Europe plans to detect and analyze the potential water resources present on the Moon. To achieve this, a compact mobile mass spectrometer roving the lunar surface is vital. But while ispace Europe develops lunar exploration technologies, these still need to be coupled with a high-performance compact mass spectrometer that is specially adapted for space applications.

With FOCAL1DS, LIST researchers specializing in Advanced Instrumentation for Ion Nano-Analytics (AINA) are again working to adapt their technology from their Belvauxbased laboratories in Luxembourg. High-performance compact mass spectrometry technology will in this way be coupled with ispace’s lunar rovers.

Small and lightweight, these rovers are to be used by ispace Europe to explore the surface of the Moon. Once equipped with a compact instrument, specifically designed to measure certain elements and molecules, such as hydrogen, oxygen and water, they will be able to fully perform their mission: to analyze and map the water resources potentially present on the lunar surface.

By September 2020, the detection technology required by the mobile spectrometer instrument will be made available to ispace Europe so that it can then test it as a whole in the relevant space environments.

At the heart of Luxembourg’s strategy

This partnership between LIST and ispace Europe forms an integral part of Luxembourg’s ambitious spaceresource.lu initiative implemented by the Luxembourg Government in 2016. It is not the first of its type for either partner.

LIST already collaborates in this respect with Kleos Space S.à.r.l to build robotic antennas in space, and ispace Europe works with the University of Luxembourg to develop surface navigation solutions making it possible to map water deposits on the Moon.