Patricia joined FEDIL in 2015. She holds an LL.M. Labor and Employment Law from King’s College London and a Master II in Social Law from the University of Strasbourg. Prior to joining us, Patricia was a lawyer specialised in labour law and social law in a major Luxembourg law firm. At FEDIL, Patricia advises and informs our members on all aspects of labour and social legislation, both national and European. She represents and defends their interests with institutional partners in various working bodies and commissions as well as with BusinessEurope in Brussels. She also assists members in the context of their collective working relations. 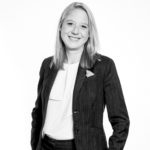