Philippe joined FEDIL as a jurist in October 2017. He holds a Master I degree in Social Law from the University of Strasbourg and successfully passed the further education in Luxembourgish law (CCDL). Before joining FEDIL, Philippe worked several times as a student for different institutions in Luxembourg and did a lot of research and analyses in labour law. At FEDIL, Philippe informs and advises our members on legal matters and especially on all aspects of data protection and labour law.

He represents FEDIL in various national committees and commissions and is an assessor for employers at the Luxembourg Labour Court. 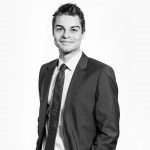 Philippe Heck
philippe.heck@fedil.lu
+352 43 53 66 609
This website uses cookies to gather anonymous data from the users to establish general statistics. By using the website, you agree on the use of these cookies.I acceptMore infos here (in French)