Create the factory of tomorrow

The economy of the 21st century is characterized by global competition, ever shorter innovation and product life cycles, as well as a growing demand for individualized products. In order to remain competitive under these conditions, manufacturers must employ flexible and variable factory systems. SmartFactoryKL believes that Industrie 4.0 is the right concept for this.

The technologies required for the implementation are already available in consumer electronics – and their application in industry is the next logical stage. Modern information and communication technology such as wireless sensor networks, semantic product memories, mobile interaction or ubiquitous access to the web enable production technology to be merged with information technology. With the help of today’s omnipresent internet technologies, SmartFactoryKL can integrate the individual elements of a production process into a flexible, self-organizing network of actors, sensors and complete modules. In line with paradigms such as ubiquitous computing or the « Internet of Things », modern factories develop into intelligent environments in which the gulf between the real and the digital world becomes ever smaller. The « Internet of Things » in everyday life has thus developed into a vision of the « Factory of Things ».

Welcome and introduction to Industry 4.0 by Prof. Dr. Detlef Zühlke

Visit of the Industry 4.0 SmartFactory Demonstrator

For any further information please do not hesitate to contact georges.santer@fedil.lu

Please register by sending an e-mail to georges.santer@fedil.lu 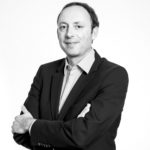