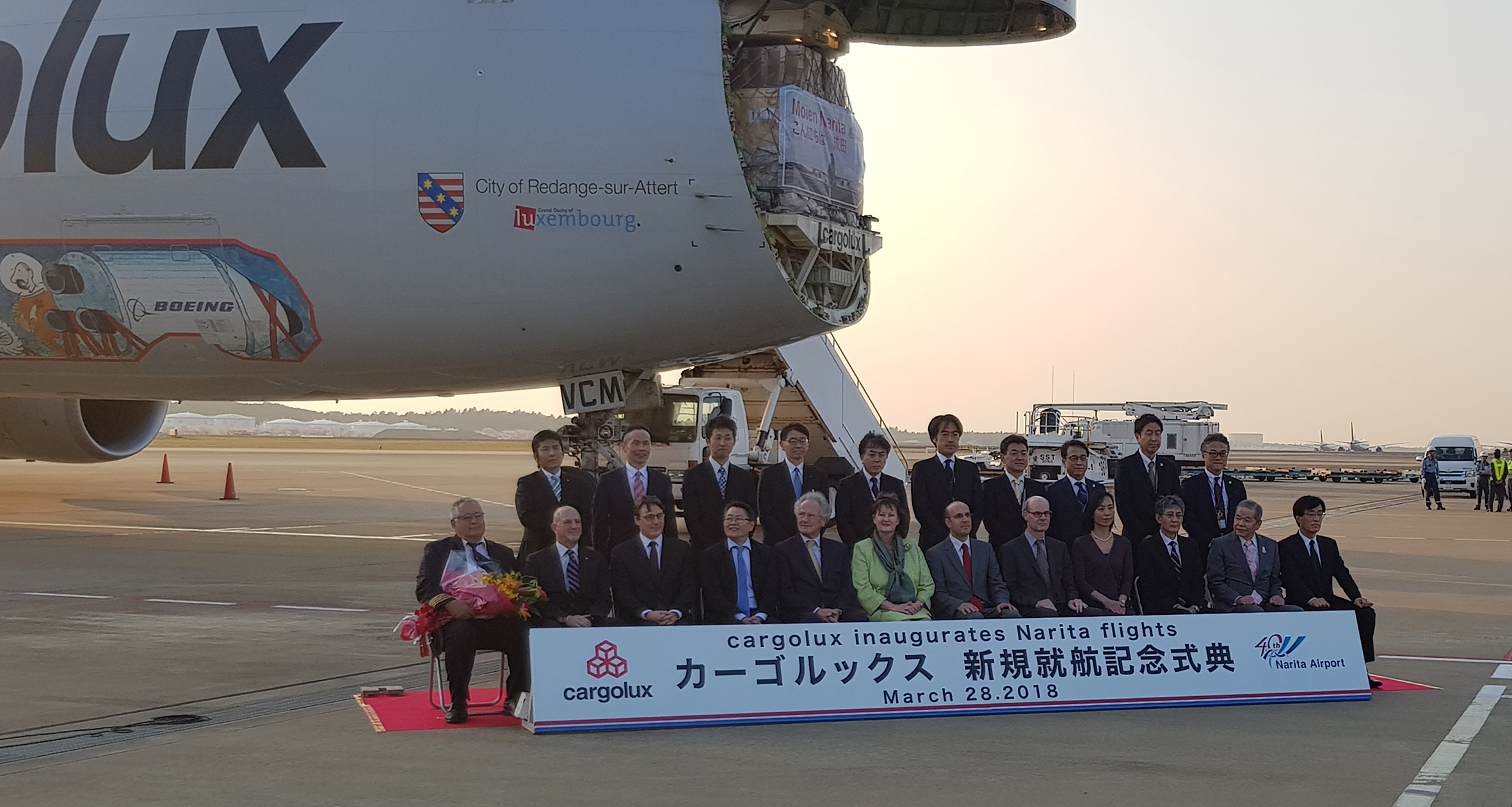 Luxembourg, 28 March 2018 – Today, Cargolux inaugurated a new weekly flight from Luxembourg Airport, to Narita International Airport in Japan in the scope of a cooperation agreement with Nippon Cargo Airlines (NCA) for code-share cargo flights between Luxembourg and Tokyo. Cargolux’s Boeing 747-8 freighter, registered LX-VCM, was warmly welcomed with the traditional water cannon salute upon arrival on Wednesday, followed by celebration events at Narita airport. During the ceremony, Richard Forson, Chief Executive Office of Cargolux, emphasized the importance of Japan in Cargolux’s network “Japan has long played an important role in Cargolux’s Far East network and we are looking forward to supporting Japan’s trade lanes to and from Europe”.

The Cargolux weekly flight to Narita leaves Luxembourg every Tuesday evening, arriving in NRT on Wednesday afternoon at 16:25. The return flight is routed via Incheon and Novosibirsk. It arrives in Luxembourg on Thursday 06:15 (all local times). As the Cargolux and NCA flights are operated on different days of the week, this arrangement gives additional market opportunities for both airlines on the Europe-Narita sector while at the same time promoting competition between the partner airlines.

More than 2 million tons of air cargo volume is handled at Narita Airport each year, which accounts for more than 50 percent of international air cargo in Japan. The major import items are prestige cars, communications equipment, pharmaceuticals and semiconductors and electronic components. Major export items include automobile parts, semiconductors, electronic components and other manufacturing devices, as well as scientific optical equipment.

Cargolux started operating flights to Japan in 1985, and has been serving Japanese exporters and importers ever since. Prior to the October 2017 negotiations, Cargolux and Nippon Cargo Airlines had already agreed to strengthen cooperation in certain areas through a code-share and space-swap agreement granting access to each other’s capacity on certain flights from Europe to Japan.